Learn about the latest technologies, partnerships and advances propelling the field of repurposing and re-shaping drug discovery and development

Drug Repositioning, Repurposing and Rescue is Growing By Leaps and Bounds!

By: Bruce Bloom, President and CSO, Cures Within Reach

The other day I did a PubMed search on the phrase “drug repurposing” and found 555 publications listed, with the first one appearing in 2005. Interesting, between 2005 and the end of 2010, there were only 14 articles using this phrase. In the following 6 years, the number grew to 541 articles. A similar search for “drug repositioning” returned 1032 articles since the first one was published in 2004. Between 2004-2010, 142 articles used that phrase; since 2011 990 articles using that phrase were published.

It is clear that drug repurposing, repositioning and rescue has become a critical component of the therapy development pipeline over the last 6 years, the same time period that the Drug Repositioning, Repurposing and Rescue Conference has been bringing together stakeholders in biopharma, philanthropy, academia, clinical medicine, patient support, government, and media.

In the last 6 years, hundreds of companies, non-profits, government divisions, and academic institutions around the world have begun to focus significant technology and resources on drug repurposing, repositioning and rescue. Biotech companies such as Healx, BioVista, Numedii and Notable Labs, among others, have focused bioinformatics efforts on this drug rediscovery area. Other companies, such as Recursion Pharma and Melior Discovery have used a variety of phenotypic screening in search of repurposed therapies.

Large and specialty pharma companies, including Horizon, AstraZeneca, Pfizer, and Marathon have recognized that research into existing, approved medicines can successfully address the unmet needs of patients as an important therapy development avenue, and most pharma companies have divisions that focus on repurposing and repositioning their patented assets.

According to information on the website of Camargo Pharmaceutical Services, these and other pharma companies are using drug repurposing and repositioning as a central tool in the search for therapeutics. “Using Camargo’s proprietary database, we have performed...[an] analysis of 2016 approvals that used the 505(b)(2) regulatory pathway. Unlike the novel drug approvals, which decreased dramatically from 2015, the number of 505(b)(2) drug approvals in 2016 increased, reaching a 13-year high of 48 (up from 2015’s 44).” 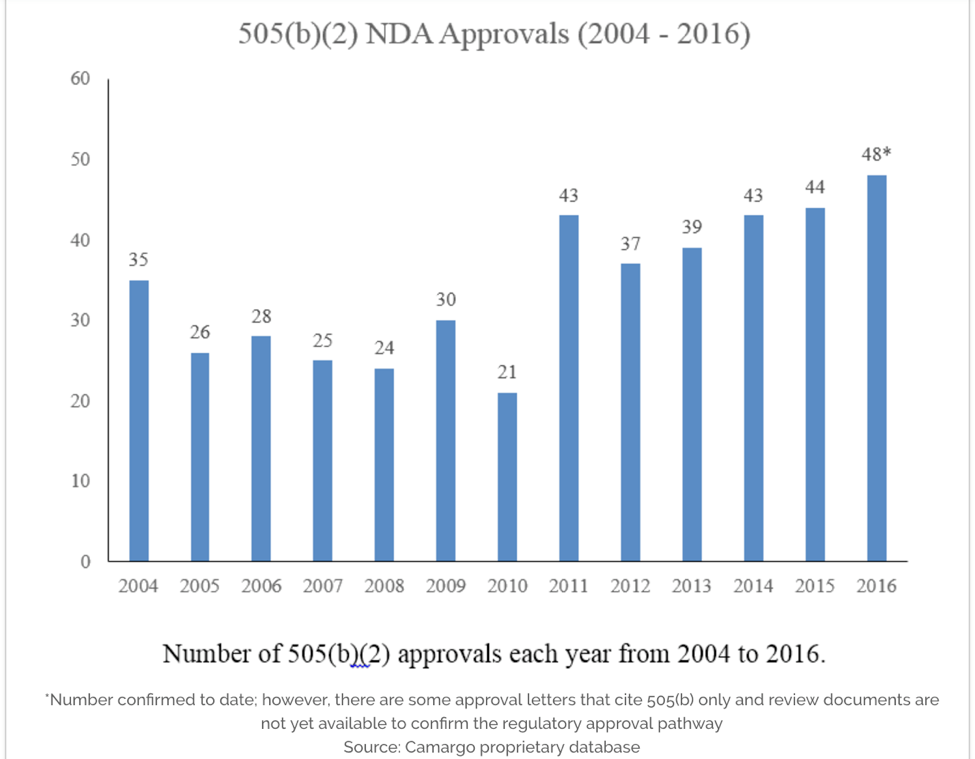 Repurposing and repositioning in the private sector is only one piece of the puzzle. Many academic institutions, such as Vanderbilt, Mt. Sinai NY, Johns Hopkins, and KU Medical Center in the US, and A*STAR in Singapore, have created computational biology centers that devote resources to finding new opportunities in drug repurposing. Both the National Center for Advancing Translational Sciences (NCATS) in the US and the Medical Research Council (MRC) in the UK have successful programs that support drug-like compound repositioning and drug repurposing. And non-profits, including the one I manage, Cures Within Reach, and others such as the Leukemia and Lymphoma Society, the Michael J. Fox Foundation, Global Cures, FRAXA, and the Anticancer Fund, have poured millions of dollars of funding into driving more treatments to more patients more quickly through repurposing drugs, devices, nutriceuticals and diagnostics.

There would likely be even more focus on drug repurposing and repositioning if there was a stronger set of economic incentives, including regulatory pathways that were even more abbreviated than 505 (b)(2) for repurposing very safe generic drugs for rare disease indications, additional regulatory exclusivities, value based pricing, and programs that could provide different pricing for drugs based on the clinical indication. Other potential economic drivers of drug repurposing and repositioning are pay for performance initiatives that provide compensation not based on the drug price but based on the patient improvement and healthcare cost reduction.

There are many organizations working on these initiatives, and increased stakeholder collaboration can help make them a reality. The 6th Annual Drug Repositioning, Repurposing and Rescue Conference is one way to foster this essential collaboration. The 350 million patients with unmet medical needs and who are suffering from one of the 7000 unsolved diseases are depending on us!

Our events give attendees a conference experience that encompasses learning, networking and professional growth. We strive to facilitate connections. At our events, attendees, speakers, sponsors and exhibitors have opportunities to network and then to utilize those connections to further their professional goals. At Arrowhead Publishers, our focus is on bringing life sciences industry professionals together to help move research forward.